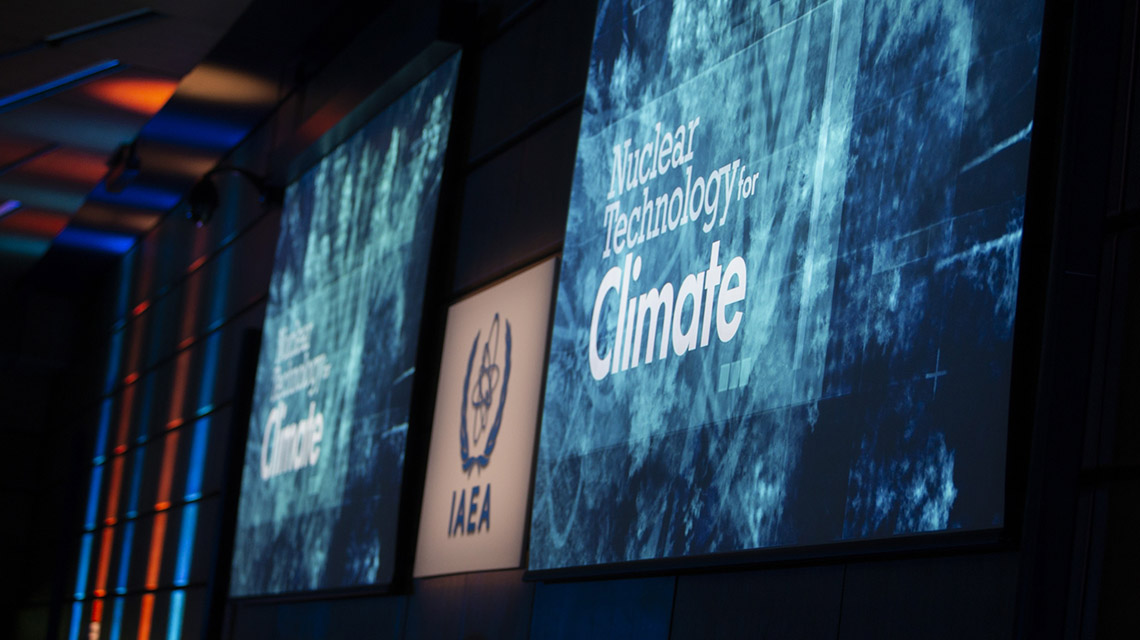 Mitigating greenhouse gas emissions through low-carbon electricity, offering methods to monitor the impact of emissions on oceans and soils, and helping countries adapt to increasingly erratic weather – these are some of the areas in which nuclear technology can offer proven solutions to address some of today’s most pressing climate-related challenges.

Over two days, presenters from over 20 countries showed that nuclear technology must be part of the solution to climate change, and public awareness of this contribution should be raised. This article summarizes some of the highlights of the discussions.

In the first session looking at the role of nuclear power in mitigating CO2 emissions, speakers discussed the importance of this low-carbon energy source from the perspective of countries already using it and those considering it as part of their energy mix. The session began with a close look at the Paris Agreement and the essential role nuclear power has to play in order for the targets set by the Agreement to be met. Renowned climate scientist Tom Wigley argued for the inclusion of nuclear power in meeting climate targets: “We need to produce energy in a way that doesn’t essentially produce carbon dioxide and other gasses that affect the climate, and there are a number of ways that we can do that,” he said. “The most important way is through nuclear energy because nuclear energy can produce clean energy all the time.”

Various challenges associated with nuclear power were also explored – public acceptance being identified as the biggest obstacle to nuclear power in many countries. In this context Malcolm Grimston, from the Imperial College of London, asked: “why is the safest large-scale energy source regarded as the most dangerous by significant numbers of people”.

In addition, a panel discussion was held on the theme of innovation for the future expansion of nuclear power. Panelists outlined new reactor designs that could serve countries’ energy needs, such as small and modular reactors, as well as developments to improve safety and efficiency, and reduce costs.

HAMBURG (Germany)— Several cases of Covid-19 have been confirmed on two luxury cruise ships, their German operator confirmed.“We identified cases of Covid-19 during routine tests on board the Europa and Europa 2. The affected persons are doing well and…

KHARTOUM, SUDAN – Leaders of a group of protesters in Sudan’s Red Sea state that had blocked the main road linking Khartoum to oil facilities in Port Sudan town for two straight days called off the protest on Wednesday. The protest leaders released a statement Tuesday saying all roads, oil facilities and ports would be […]