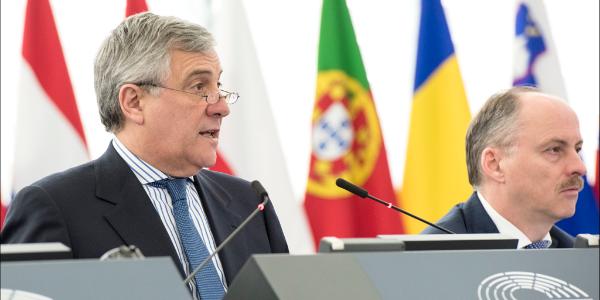 Polish MEP Janusz Korwin-Mikke (NA) will receive a “commensurate penalty” for his unacceptable remarks about the gender pay gap, as soon as an investigation into them has been completed, promised President Tajani at the opening. This language, which “offended every woman in this house” will not be tolerated, he insisted, to loud applause.

Looking back to International Women’s Day on 8 March, Mr Tajani stressed that the EU will not be able to tackle problems such as terrorism, unemployment and poverty unless it respects and enforces women’s rights.

He urged EU member states to ratify and enforce the Istanbul Convention on preventing and combating violence against women.

The debate on "Sudan, the cases of Hassan Abduraheem and Abdulmonen Abdumawla" will be replaced by a debate on "Zimbabwe, the case of Pastor Evan Mawarire".

Requests by committees to start negotiations with Council and Commission

Decisions by several committees to enter into inter-institutional negotiations (Rule 69c) are published on the plenary website.

If no request for a vote in Parliament on the decision to enter into negotiations is made within 24 hours, the committees may start negotiations. 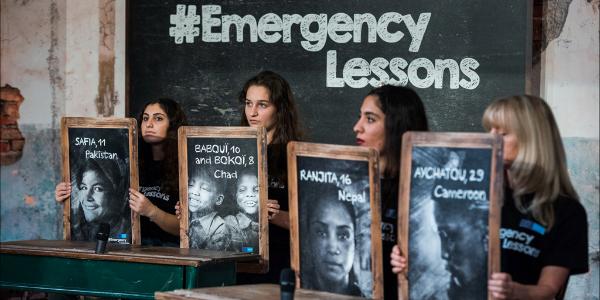 Some 462 million children live in countries affected by war or national disasters and about 75 million of them need educational support. The EU and Unicef launched the Emergency Lessons campaign this year to highlight the importance of education for children affected by emergencies. On 6 December children, teachers and volunteers visited the Parliament in Brussels to talk about their experiences.

Children's education can be disrupted or even abandoned when emergencies hit, be it from natural disasters, military conflicts or health crises, such as an Ebola outbreak. As schools give children a sense of normality, Unicef sees education as critical as food and medicine, enabling young people not only to survive, but also to thrive.

The Emergency Lessons initiative is a partnership between the European Commission’s department for humanitarian aid and civil protection and the United Nations Children’s Fund, which is better known under the abbreviation Unicef. The event at the Parliament was organised by the development committee and supported by Christos Stylianides, commissioner responsible for humanitarian aid and crisis management; MEP Linda McAvan and Unicef Deputy Executive Director Justin Forsyth.

UK S&D member McAvan, chair of Parliament's development committee, said during the event: ”I visited a refugee camp in Turkey. I saw there what is Unicef doing, with the support of the European Union, to bring education to people in very difficult circumstances."

During the event youth ambassadors surprised the audience with a card game explaining the roles of gender equality and people with disabilities in the society. In addition a Facebook live session was held with young representatives from Ukraine and Zimbabwe.

Panel 1:  Why we oppose free trade deals, lessons from different parts  of the world:

- Representative of the Consumers Union of Japan

The current debate over CETA and TTIP in Europe, the Brexit vote in the United Kingdom, and the federal election campaign in the United States, among others, have highlighted how many people, in the both Southern and Northern  countries as well, are deeply concerned about free trade.

Deals like TTIP, CETA, TPP, TiSA, the EPAs, and EU bilateral free trade deals with Japan, Tunisia, Singapore, Mercosur (...) are facilitating an unprecedented level of power for multinational companies; the concentration of wealth among ‘the one per cent’; the liberalisation of public goods and services; an absurd division of labour; the ‘race to the bottom’ of endless and senseless competition; and favouring foreign investors. The neoliberal model of trade and economics is offering no future for those who cannot fit into this model or those who don’t accept exploitation and environmental destruction.

The more these deals and their consequences are imposed on people, the more opposition grows. While the far right is attempting to capitalise politically on this discontent without providing any credible and democratic solutions, progressive organisations and individuals are building real alternatives and fairer approaches to trade are rapidly expanding.

Across all continents, social movements and progressive political forces are organising more and more effectively against free trade agreements, the power of corporations and speculative investors. Millions of people are standing up to defend public health; public services; democracy; cultural diversity; sustainable and autonomous energy; small, medium and cooperative farming; the precautionary principle; the commons; the right of all countries to protect sensitive sectors of their economies; and the free movement of people. Millions of fair and sustainable alternatives based on principle of democracy and solidarity are emerging to replace the current unfair trade model.

GUE/NGL is organising this Conference to facilitate dialogue and coordination among the organisations and individuals who are resisting free trade and building better alternatives for people and for the planet.